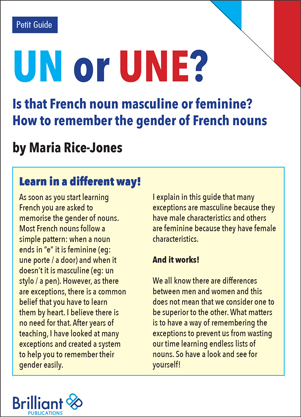 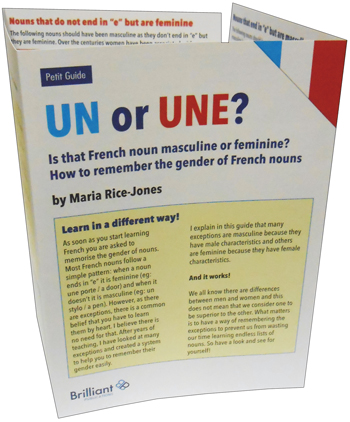 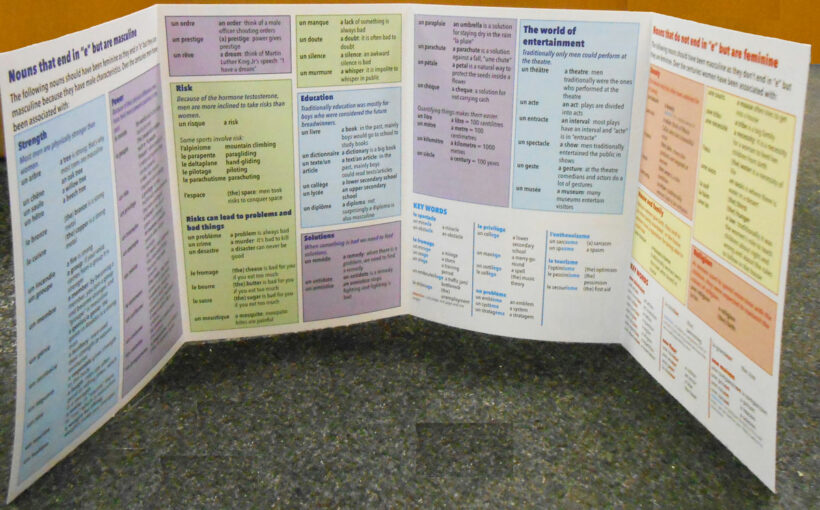 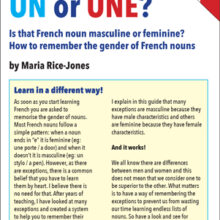 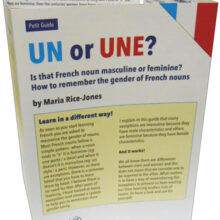 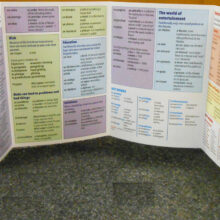 One of the first difficulties that English speakers encounter when they start to learn French is that each noun has a gender. There is a common belief that the gender of each noun has to be memorised, as there aren’t rules that you can follow.

After years of teaching and analysing the French language, Maria Rice-Jones has developed a system to make learning the gender of French nouns easy.

Maria Rice-Jones shows that most French words follow a simple pattern: when a noun ends in ‘e’ it is feminine (eg, une porte / a door) and when it doesn’t it is masculine (eg, un stylo / a pen). There are of course exceptions, and this guide provides clever memory tricks to help you remember them.

UN or UNE?, the ‘Petit Guide’, is made from laminated card so it will stand on a desk but is small enough to fit into a bag and can be referred to anytime, anywhere.

Be the first to review “Un or Une?” Cancel reply