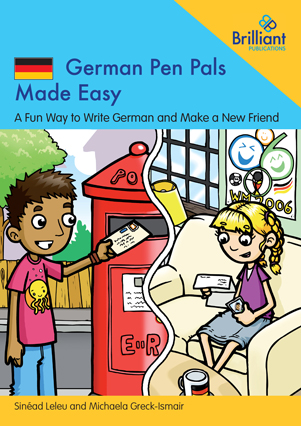 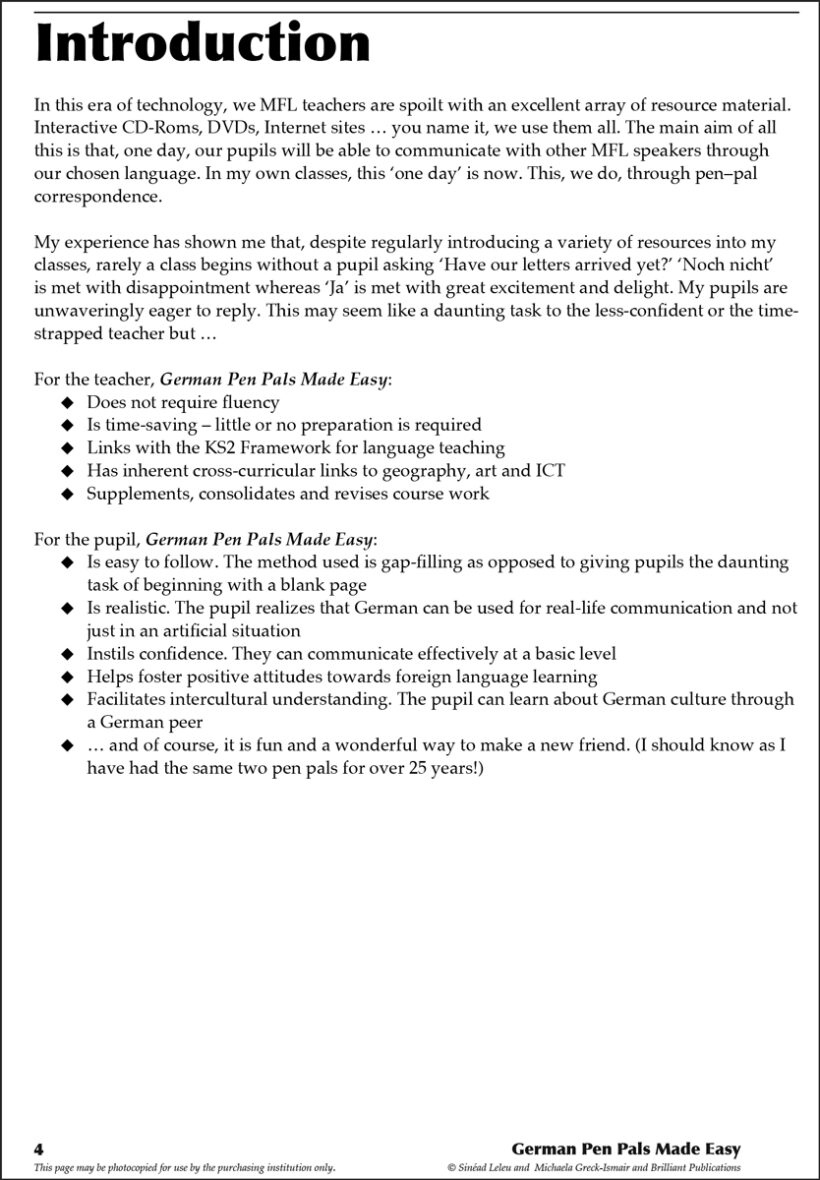 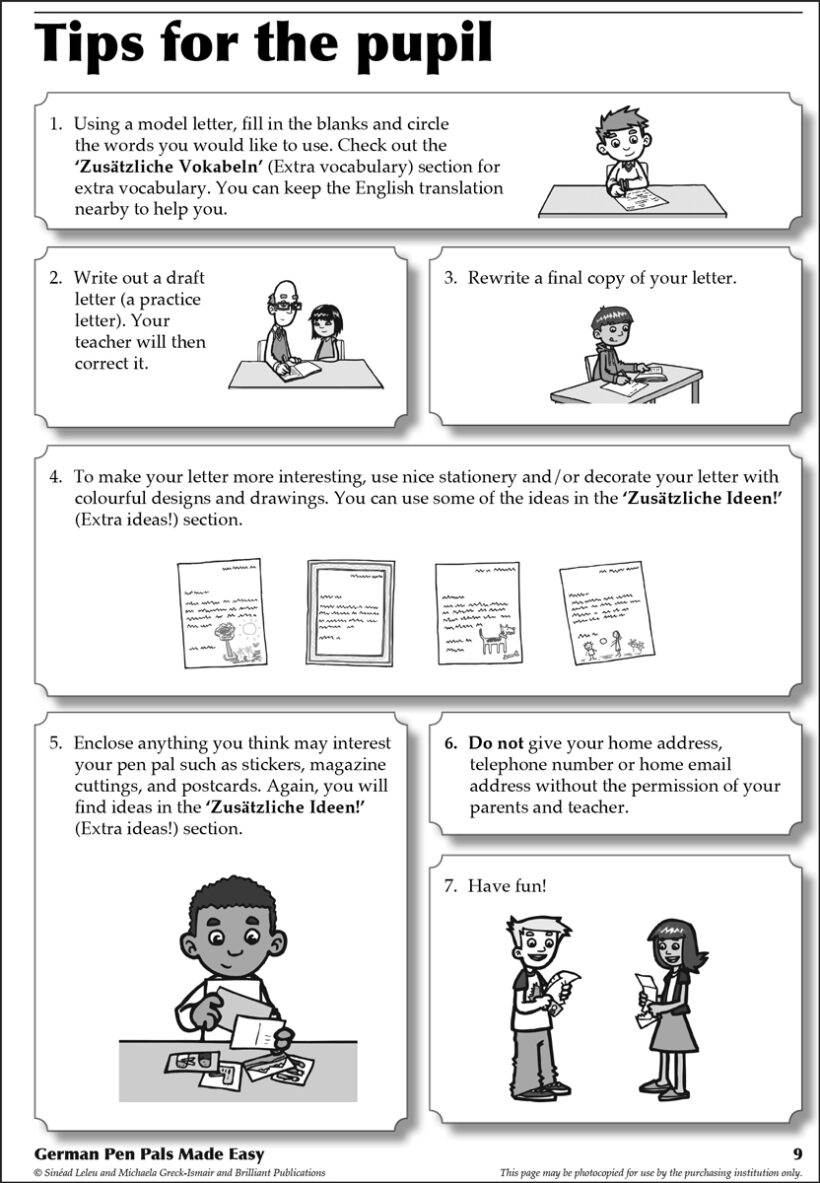 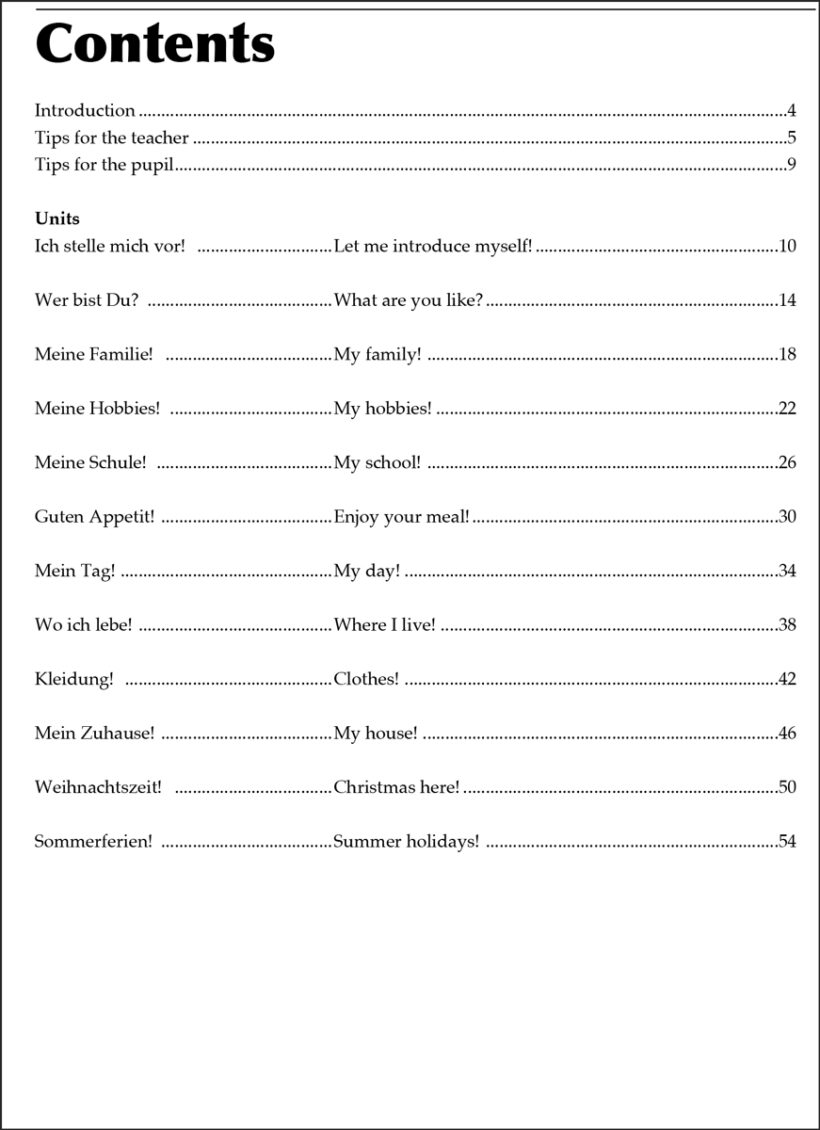 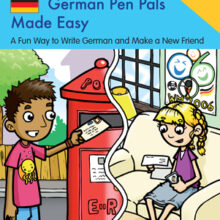 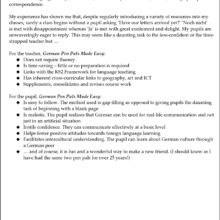 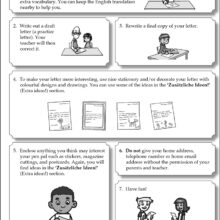 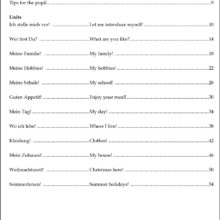 German Pen Pals Made Easy: A Fun Way to Write German and Make a New Friend

With German Pen Pals Made Easy writing letters in German has never been easier. The structured ‘fill in the gap’ letter format enables even beginning German learners to communicate effectively in German. The letters cover a wide range of popular topics taught in primary and lower secondary school. They can be used to communicate with German-speaking pen pals, or even to write in German to pupils at the neighbouring school! Written by Sinéad Leleu and Michaela Greck-Ismair and published by Brilliant Publications.

Be the first to review “German Pen Pals Made Easy: A Fun Way to Write German and Make a New Friend” Cancel reply

Table showing which aspects of the Scottish ‘Curriculum for Excellence: Modern Languages – Experience and Outcomes’ are covered by German Pen Pals