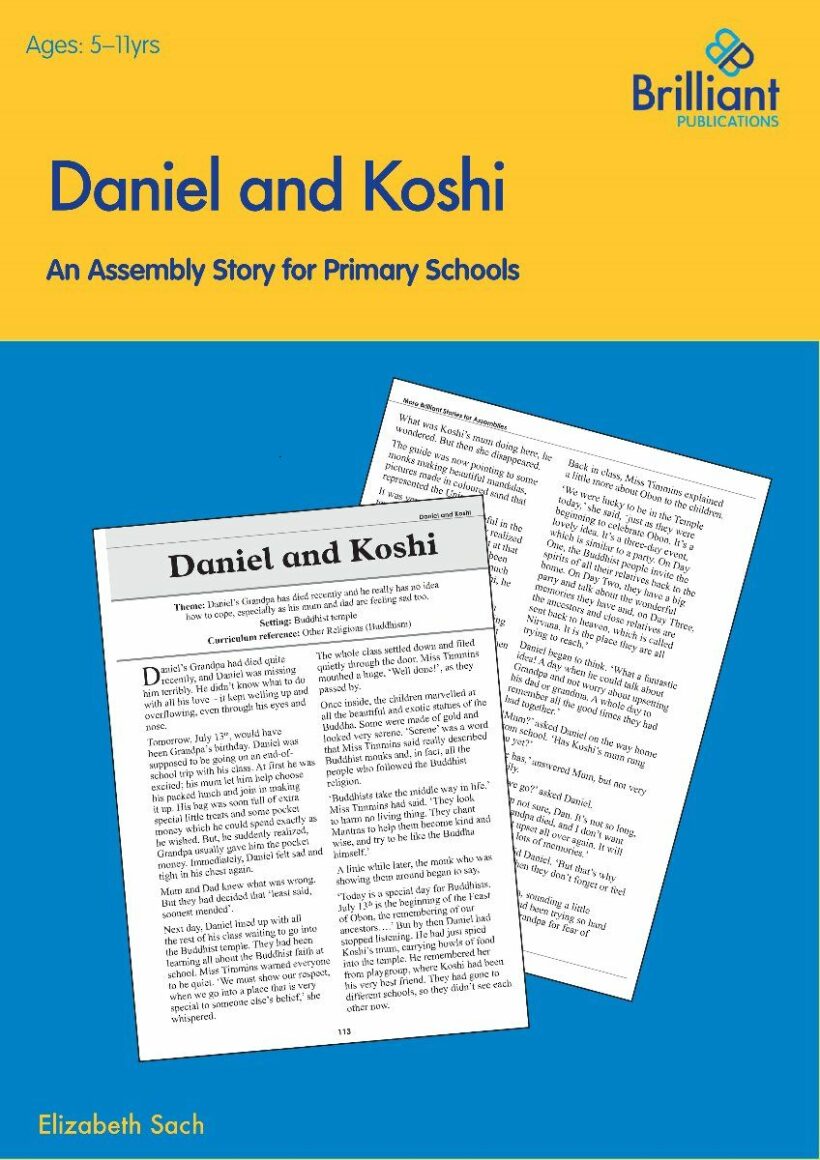 Bereavement is always an extremely difficult experience to go through, especially for young children. This makes it a very hard subject to tackle too. Children need to feel that they are being supported and that they can discuss it if they want or need to do so. This assembly story is a great way to approach the topic gently and to remind children listening that there is hope to overcome grief and there are things that they can hold on to in order to make it a little easier. Following Daniel’s Grandpa passing away, he struggles to go about his everyday life normally. Everything reminds him of his Grandpa at this time – but he doesn’t feel able to confront or accept the loss and he is therefore trapped in a cycle of sadness.

On a school trip to a Buddhist temple, Daniel and his peers learn that the following day – July 13th- marks the onset of the Feast of Obon. All Daniel can think about though, is that July 13th would have been his Grandpa’s birthday. Drifting in and out of listening to the Buddhist monk’s teachings, Daniel is distracted from his doleful thoughts by the sight of a lady he recognises as the mother of Koshi – who had been his best friend when he was at playgroup. When he catches up to her she welcomes him to join Koshi, herself and others at a party they will be hosting to celebrate Obon the following day. Daniel discloses that it would have been his Grandpa’s Birthday and Koshi’s mother explains that Obon is a commemoration of ancestors- so Daniel and his family would be free to honour his Grandpa as part of the Feast.

When Daniel learns more about Obon from his teacher he warms to the idea and pitches it to his mother. She is initially sceptical- fearing that discussing Grandpa would trouble Daniel, when in actual fact- he wants nothing more. Having been soothed by his experience of the Buddhist temple, Daniel feels optimistic for the first time in a long time and embraces the idea of starting a new tradition with open arms. This story offers a great comfort for children who may have encountered a loss as it gives them hope for things to improve. For those know someone that is grieving, this will help them to understand better and be more supportive.

Children can see from this story that the ‘least said, soonest mended’ method is not necessarily the right way forward, and that it might be good to talk about these things with someone. The incorporation of Buddhism links to the necessity for holding on to faith during troubled times. Daniel discovers that being open to new ideas, new experiences and making new connections (as opposed to focussing on feelings of loss) helps him to find happiness. This will encourage children to be more open-minded in order to heal. This assembly story also provides a nice introduction to one of the key topics for Buddhism- working in conjunction with the Religious Education curriculum for primary schools.

This story focuses on bereavement and comes from More Brilliant Assembly Stories, written by Elizabeth Sach and published by Brilliant Publications.

Be the first to review “Daniel and Koshi” Cancel reply